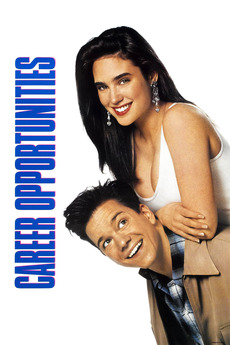 He took the job that no one wanted... and got the girl that everyone did.

Josie, the daughter of the town's wealthiest businessman, faces problems at home and wishes to leave town but is disoriented. Her decision is finalized after she falls asleep in a Target dressing room. She awakens to find herself locked in the store overnight with the janitor, Jim, the town "no hoper" and liar.