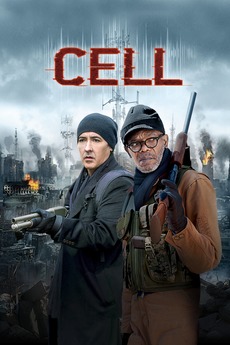 When everyone is connected no one is safe.

When a strange signal pulsates through all cell phone networks worldwide, it starts a murderous epidemic of epic proportions when users become bloodthirsty creatures, and a group of people in New England are among the survivors to deal with the ensuing chaos after.

I love that Big Stevey King doesnt remeber writing Cujo. That he was so coked out and…

Don't Go in the Water

Boat/Lake/Ocean/River/Ship/Submarine/Swamps featured in Horror Films. Adding to my collection of "Horror Film Locations" lists, you can find more horror films…