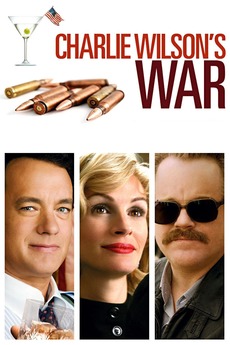 Based on a true story. You think we could make all this up?

The true story of Texas congressman Charlie Wilson's covert dealings in Afghanistan, where his efforts to assist rebels in their war with the Soviets had some unforeseen and long-reaching effects.

all credit to Tim Dirk's filmsite.org

i guess i will give this a shot...first try!

A film is always improved by a helicopter explosion. And they blow up in films more frequently than you might…

tom hanks is a CIA asset: a potential timeline