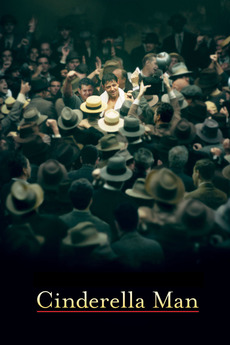 One man's extraordinary fight to save the family he loved.

The true story of boxer Jim Braddock who, in the 1920’s following his retirement, makes a surprise comeback in order to get him and his family out of a socially poor state.

These! Are! Five! Syll! A! Ble! Films! Burning Down The House! (this one's kevin t. porter's fault)