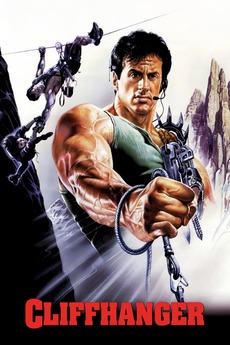 The height of adventure.

A year after losing his friend in a tragic 4,000-foot fall, former ranger Gabe Walker and his partner, Hal, are called to return to the same peak to rescue a group of stranded climbers, only to learn the climbers are actually thieving hijackers who are looking for boxes full of money.