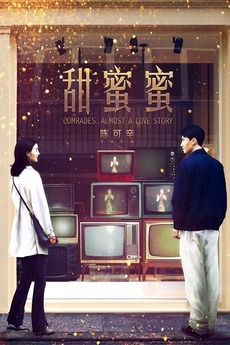 Jun arrives in Hong Kong from mainland China, hoping to be able to earn enough money to marry his girlfriend back home. He meets the streetwise Qiao and they become friends. As friendship turns into love, problems develop, and although they seem meant for each other they somehow keep missing out.