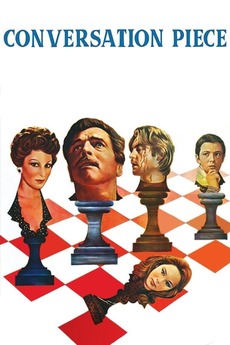 A retired professor of American origin lives a solitary life in a luxurious palazzo in Rome. He is confronted by a vulgar Italian marchesa and her lover, her daughter and her daughter's boyfriend, and forced to rent to them an apartment on the upper floor of his palazzo. From this point on his quiet routine is turned into chaos by his tenants' machinations, and everybody's life takes an unexpected but inevitable turn.

Before his death in 1998, famed Japanese director, Akira Kurosawa discussed his top 100 films with his daughter, Kazuo. Kurosawa…