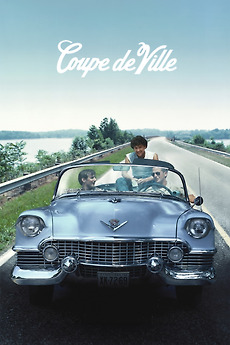 A comedy for everyone who ever struggled to love a brother...or strangle one.

Meet the Libner brothers: Marvin (Daniel Stern), the oldest, is a sergeant in the U.S. Air Force. Buddy (Arye Gross), the middle child, is a timid dreamer. Bobby (Patrick Dempsey), the youngest, is a handsome rebel in reform school. As kids, they fought a lot and as adults, they barely speak. In the summer of 1963, their tough and eccentric father, Fred (Alan Arkin), gives them a task: to bring a 1954 Cadillac, bought for their mother, Betty (Rita Taggart), from Detroit to Miami. As the trip goes on, the three brothers fight and begin to reconnect with each other, while trying to keep the Caddy in mint condition.

An account of my obsession with road movies. Not all on this list are strict "road" movies, but I feel…

On Jan 25, 2020, tired of negative film lists on Twitter, I asked people for "obscure [or] underseen films you…