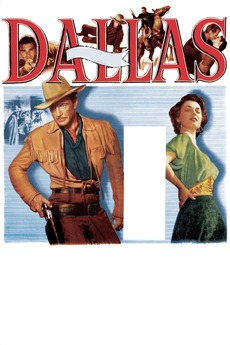 THE FURY OF VIOLENCE AND VENGEANCE ECHOES ACROSS THE TEXAS PLAINS!

Land, a family, a future. They're "dreams, fried up, short order" for Blayde Hollister (Gary Cooper). Rightly or wrongly, this ex-Confederate from Georgia has waged his own war to settle past injustices. Now he's a wanted man. And he can feel the law closing in on him. Posing as a Boston dandy, he comes to the boom town with a gun and a plan: to smoke out the notorious Marlow brothers (including Steve Cochran and Raymond Massey), then give 'em a whiff of gunsmoke. Director Stuart Heisler (Along Came Jones) keeps the pace flowing like the local saloon's liquor. Max Steiner's score gallops like a hell-for-leather posse and screenwriter John Twist fires scene after scene with lines like "you'll get your pockets picked in a graveyard". Dallas, here we come!

Deep in the Heart: Films of Texas

Films set and/or shot in the great state of Texas, my home state.

Even though it's decently known for cowboys,…

I'm going to keep adding to this list as I watch and re-watch movies to review them.

Is there a cat in this movie? It goes on this list