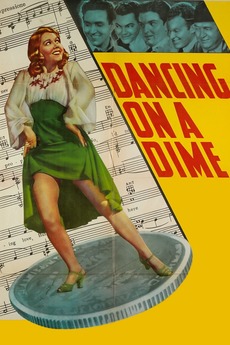 Dancing on a Dime
JustWatch

Dancing on a Dime

IT'S A MUSICAL METEOR!

Director Ted Brooks and comedians Jack Norcross, Dandy Joslyn and Phil Miller are part of a troupe of promising young players rehearsing for a WPA show at the Garrick Theater in New York and are stunned when the government withdraws their funding on the day of the show's dress rehearsal. Destitute, the troupe plans to return home when Mac, the stage doorman, offers to allow four of the men, Phil, Dandy, Jack and Ted, to use the theater for a boardinghouse. After accepting Mac's offer, the men improvise bedrooms out of the set pieces and meet amateur actress Lorie Fenton from Cleveland, who is eager to audition for them. When the men learn she recently received a small inheritance, they allow her to audition, hoping she will back the show.

The features & promises of freedom under neoliberalism & their effect on people, plus my own cynical but correct brand of seething…