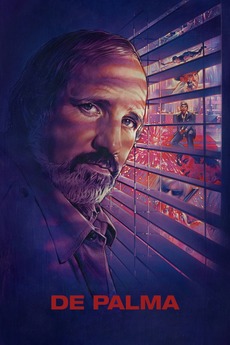 Being a director is being a watcher

An intimate conversation between filmmakers, chronicling De Palma’s 55-year career, his life, and his filmmaking process, with revealing anecdotes and, of course, a wealth of film clips.

greta gerwig talked about these films

I'm a simple woman - if greta gerwig recommends, I'll watch it. (references on notes!) I only included movies she…