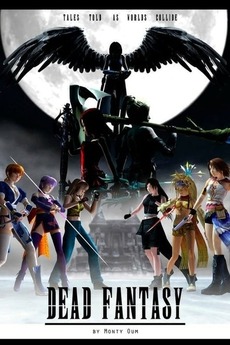 Dead Fantasy is a series of fan-made CG action movies created by Monty Oum (author of Haloid), starring a cast of characters from the Final Fantasy, Dead or Alive, Kingdom Hearts, and Ninja Gaiden game franchises, fighting it out against each other battle royale-style in a number of different environments, including archaic ruins and modern cities. It is relatively complex when compared to other fighting style animations such as Xiao Xiao, and uses detailed 3D models of the characters it features. Monty Oum has achieved a certain level of fame, particularly on the website Gametrailers.com.