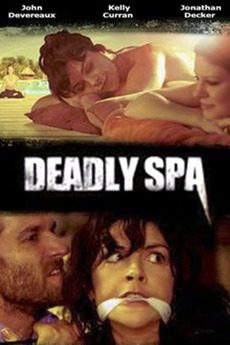 When Dawn, an overworked single mother, agrees to take her teenage daughter, Kayla, to a luxurious but isolated spa retreat, the women believe they have escaped to a paradise of spa treatments, yoga, and nature hikes until a series of disturbing incidents has Kayla questioning the perfection around her.

the tip of the dramatic iceberg

I watch a lot of Lifetime movies so…

Mother, May I Sleep with Podcast?

Every film covered in Molly McAleer’s hilarious Lifetime movie podcast Mother, May I Sleep with Podcast?