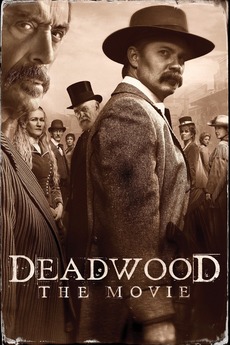 Welcome the fuck back.

Follow the 10-year reunion of the Deadwood camp to celebrate South Dakota's statehood. Former rivalries are reignited, alliances are tested and old wounds are reopened, as all are left to navigate the inevitable changes that modernity and time have wrought.

It was updated weekly on the weekend. It's ranked by avg l.b. user rating, extracted from here.

Published as part of our 2019 Year in Review.