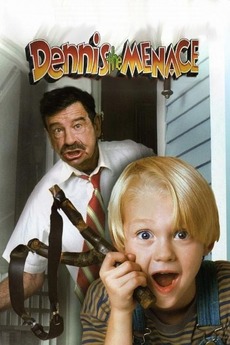 He's armed... He's adorable... And he's out of school for the entire summer.

Mr. Wilson's ever-present annoyance comes in the form of one mischievous kid named Dennis. But he'll need Dennis's tricks to uncover a collection of gold coins that go missing when a shady drifter named Switchblade Sam comes to town.

the movies that made me

childhood in a bottle: endless rewatches, worn out and scratched up dvds and old vhs tapes that i still have.…