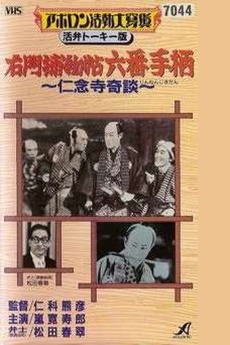 An important silent film survives, Kumahiko Nishina's Umon torimonocho rokuban tegara jinenji kidan (The Samurai Detective, aka The Detective Records of Umon, aka Detective Umon Diary: Exploit Number Six, 1930). Umon on his shining white horse stops a conspiracy against the Shogun. Umon was played by Kanjuro Arashi in this early film, & long after in the post-Occupation jidaigeki revival he reprised the role in Kajiro Yamamoto's Muttsuri Umon torimonocho (1955), helping to launch the renewed interest in such films.