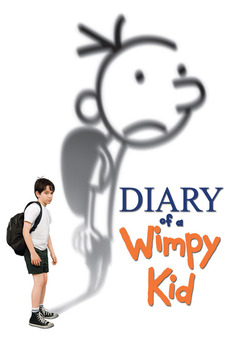 Diary of a Wimpy Kid
JustWatch

Diary of a Wimpy Kid

Greg Heffley is headed for big things, but first he has to survive the scariest, most humiliating experience of any kid’s life – middle school! That won’t be easy, considering he’s surrounded by hairy-freckled morons, wedgie-loving bullies and a moldy slice of cheese with nuclear cooties!

Choose One Movie Title That Best Describes Yourself Or Your Life

I want to get to know my letterboxd friends! It seems fun!

Choose ONE movie title that best describes yourself…

Feel free to suggest dilfs for my canon and I may agree with you! I may not though :)

(i’m currently updating this list, so don’t look at the color coding of the last twenty five movies!! thank u)…