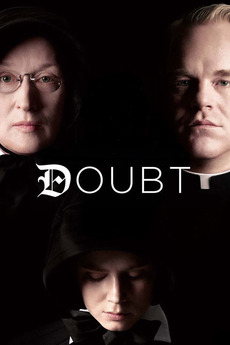 There is no evidence. There are no witnesses. But for one, there is no doubt.

In 1964, a Catholic school nun questions a priest's ambiguous relationship with a troubled young student, suspecting him of abuse. He denies the charges, and much of the film's quick-fire dialogue tackles themes of religion, morality, and authority.

i just realized this is a favorite sub-genre of mine: simplistic and gentle (indies, usually) that struck a chord with…