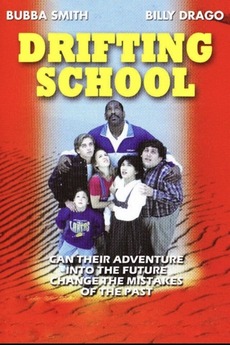 Can their adventure into the future change the mistakes of the past?

A spy satellite has malfunctioned and is going to crash into the Earth. The US government bring on line a power laser. When the laser strikes the satellite, it causes a rip and time and sends Monroe High school 200 years into the future, including teachers, students and an escaping criminal. The students find themselves in a barren world, where they are set upon by the escaped criminal and a fierce monster.

My brain is collapsing in on itself! You're sure to have some kind of fun watching this garbage!

Spinegrinder: The Movies Most Critics Won't Write About A-L