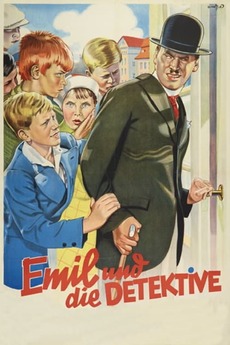 Emil and the Detectives
JustWatch

Emil and the Detectives

When a suspicious man bribes Emil with chocolate in return for a bundle of cash, the young lad thinks of a plan to catch him.

All films premiered before January 30, 1933, with the exception of "The Testament of Dr. Mabuse".

Never heard of that one before... or The Giant List of My Ongoing Discoveries on Letterboxd

In honor of the Berlinale 2018 I thought to put a List together, which has every Movie, that takes place…