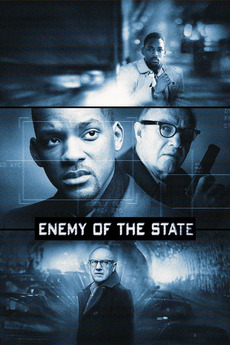 Enemy of the State
JustWatch

Enemy of the State

It's not paranoia if they're really after you.

A hotshot Washington criminal lawyer becomes the target of a rogue security executive videotaped in the act of murdering a congressman when the incriminating tape is surreptitiously slipped into his shopping bag by the videographer, who is fleeing the executive's assassins.

(UPDATED: September 29, 2020) Here's a complete listing of films streaming on HBO Max. I'll do my best to keep…

Movies where the theme of the movie is best expressed by asking the question, "But who is/are the REAL [TITLE OF THE MOVIE]?"

Described as "The Rewatchables, the newest film podcast from…