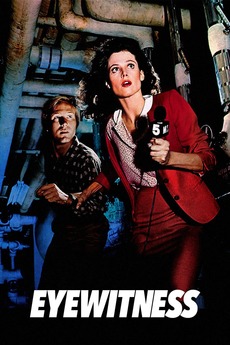 Only the best murder cases make the six o'clock news.

Daryll Deever is a janitor in an office building in New York, and a big fan of TV news reporter, Tony Sokolow. When a rich man is murdered in Daryll's building, Tony comes to cover the story and Daryll introduces himself to her. Thinking he may know something about the crime, Tony pursues him, and in order to keep seeing her, he pretends that he does. As the two of them play this game, the killers are watching, assuming that Daryll and Tony both know more about the crime than they do.

(UPDATED: November 22, 2020) Here's a complete listing of films streaming on HBO Max. I'll do my best to keep…

Soooo this is it. My first project of the New Year, when it arrives.

I'll be spending January and February…