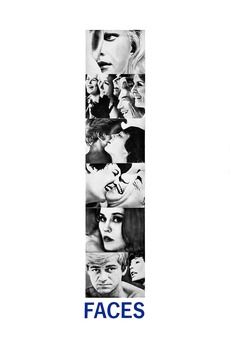 Middle-aged suburban husband Richard abruptly tells his wife, Maria, that he wants a divorce. As Richard takes up with a younger woman, Maria enjoys a night on the town with her friends and meets a younger man. As the couple and those around them confront a seemingly futile search for what they've lost -- love, excitement, passion -- this classic American independent film explores themes of aging and alienation.