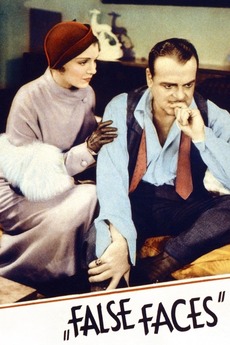 Dr. Silas Brenton is fired from his position at a large hospital, primarily for a lack of ethics, and goes to Chicago and sets himself up as a plastic surgeon and seducer of women; his quack methods lead to an operating-room failure that leads to tragedy for many others.

A list of American Pre-Code films. Additional suggestions welcomed, as the list is by no means complete.

Confession: This was originally going to be a complete listing of Nathaniel Hood's Forgotten Classics Of Yesteryear, the amazingly underrated…

1932, the year of sophisticated comedies (Trouble in Paradise, Love me Tonight), stretching the limits of the horror genre…

Long before the Sundance Film Festival, independent productions flourished on Hollywood’s Poverty Row, that strip of Gower Street between Sunset…