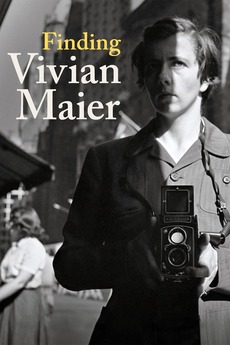 Vivian Maier's photos were seemingly destined for obscurity, lost among the clutter of the countless objects she'd collected throughout her life. Instead these images have shaken the world of street photography and irrevocably changed the life of the man who brought them to the public eye. This film brings to life the interesting turns and travails of the improbable saga of John Maloof's discovery of Vivian Maier, unravelling this mysterious tale through her documentary films, photographs, odd collections and personal accounts from the people that knew her. What started as a blog to show her work quickly became a viral sensation in the photography world. Photos destined for the trash heap now line gallery exhibitions, a forthcoming book and this documentary film.