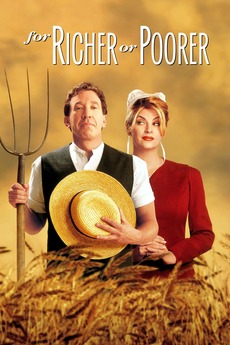 For Richer or Poorer
JustWatch

For Richer or Poorer

Brad Sexton and his wife, Caroline, are wealthy New Yorkers with both marital and financial problems. The latter issue becomes a pressing matter when they discover that their accountant has embezzled millions and pinned the blame on them. Forced to go on the lam, Brad and Caroline end up in an Amish area of Pennsylvania and decide to pose as members of the religious group to evade the IRS. As the two adapt to the simple Amish lifestyle, they begin to reconnect.

EDIT: please give your likes to this deeply extensive list instead: letterboxd.com/tasman_series/list/the-cum-town-canon/

I'll take recommendations. It has to actually take place in the 90s :).

(I'll also take corrections if some of…