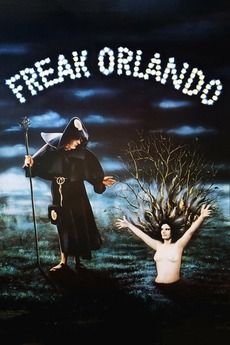 FREAK ORLANDO is divided into five more-or-less distinct sections, all featuring "Freak" Orlando, a woman, played by the late Magdalena Montezuma, who appears in various guises, and deformities, throughout.

no "why isn't this movie here" please, I am a critic specializing in lesbian feminist film I can promise you…