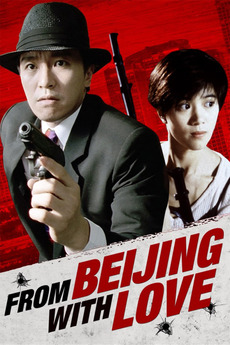 From Beijing with Love

After a giant dinosaur skull is stolen, the head of the Chinese secret police decides to assign the case to the force's most incompetent reject: a rural butcher who stands around all day drinking martinis (shaken, not stirred). With a trunkload of insanely useless gadgets and a contact who constantly tries to kill him, the young agent must locate the skull and find out just what is going on here.