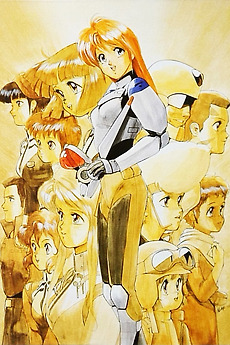 After the completion of Operation Exodus,the Earth-based forces must survive long enough for the Mars re-inforcements. During this time, Sandy Newman and her squad face a challenge to their military training in the form of a quasi-religious group called Geo Chris which endeavours to make the Earth green once more. Unknown to them, the plans Mars have drawn up will kill the machines and the forces fighting against them.

An incomplete list of all the films I've added to themoviedb/Letterboxd as best I can remember.

From Wikipedia: "Japanese animated films and series made specially for release in home video formats without prior showings on television…