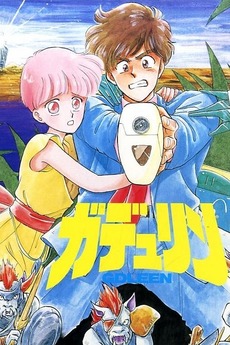 Due to a spacecraft malfunction, saleryman Ryu and his robot companion "MOS-01" crash land on the space ship/planet Gdleen. Ryu meets a cute Euredonian fairy called Fana and the two are soon entangled in a long standing war between the monsterous Babaress and the spell casting Miyorl tribes.

Most of these are 80s OVA's and rather obscure at least I think so.