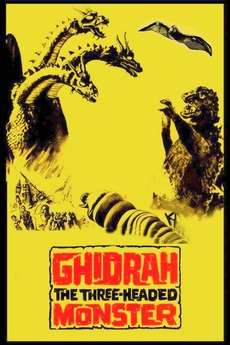 Space Super Monster attacks the Earth! Godzilla, Rodan, Mothra and the monster war of the century!

The Princess Mas Selina Salno is seemingly assassinated as a mysterious meteorite lands in Kurobe Valley. When a scientific expedition examines the meteorite, they discover the rock is growing, producing heat and has a strong magnetic pull. Soon a prophetess, with a striking resemblance to the princess, warns of great calamity in the return of Godzilla, Rodan, and the arrival of King Ghidorah.

Films With A Good Heart

Films that promote caring and understanding.

Trying to avoid films that are controversial or problematic to…