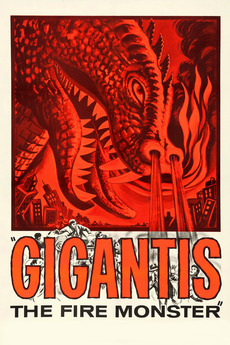 NOTHING LIKE IT EVER BEFORE! THE FANTASTIC WAR OF THE GIANT FIRE MONSTERS!

The altered American release of Godzilla Raids Again. Originally meant to be known as the The Volcano Monsters, the film was eventually released as "Gigantis."

Oh boy, I love watching men in rubber suits fight for each other. In all seriousness though, there hasn't been…

Films that are more popular on Letterboxd compared to IMDb.

Notes toward a Letterboxd canon: Better on Letterboxd.