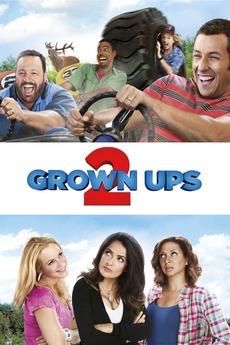 Just because they're a little older doesn't mean they've grown up.

Lenny has relocated his family back to the small town where he and his friends grew up. This time around, the grown ups are the ones learning lessons from their kids on a day notoriously full of surprises—the last day of school.