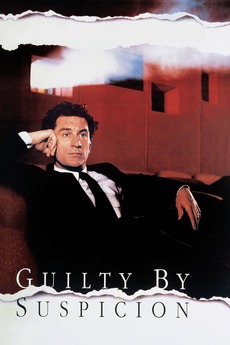 All it took was a whisper

This compelling story vividly recreates Hollywood's infamous 'Blacklist Era'. The witch-hunt has begun and director David Merrill can revive his stalled career by testifying against friends who are suspected communists. Merrill's ex wife shares a whirlpool of scandals that draws them closer together while his chances for ever making movies again slips further away...