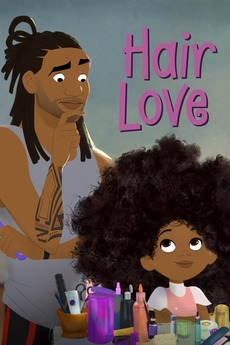 When dad has to unexpectedly step in for mom to do his daughter Zuri’s hair before a big event, what seems like a simple task is anything but as these locks have a mind of their own!