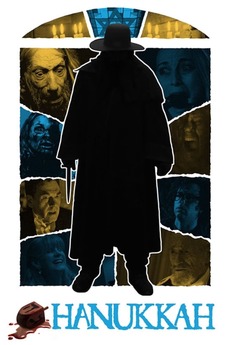 A group of Jewish teens are getting ready to party for the holidays but are in for a Festival of Frights. With the help of a wise rabbi, they deduce that the murder victims have violated Judaic law and that their only chance at survival is to embrace their faith.

The Final Girls: The Complete Gory Guidebook to Slasher Films

The Yule tree is symbolic of the human soul, with the trunk being representative of the spine, the branches, the…

In 1988, Neal Gabler published “An Empire of Their Own: How the Jews Invented Hollywood.” One of the themes running…

2020 Horror Released in the US Ranked