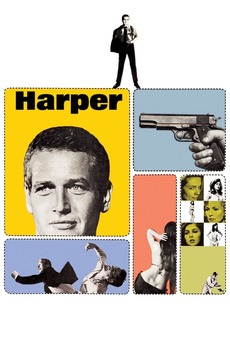 Harper takes a case - and the payoff is murder.

Harper is a cynical private eye in the best tradition of Bogart. He even has Bogie's Baby hiring him to find her missing husband, getting involved along the way with an assortment of unsavory characters and an illegal-alien smuggling ring.

Feature films released by Warner Archive on Blu-ray, up to August 25, 2020.

All of the films featured in Cinephile: A Card Game.