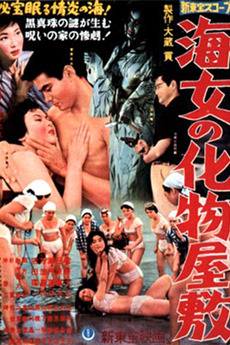 The treasures of the Aoyamas were buried at the bottom of the sea when a large earthquake occurred years before. Yumi Aoyama is the only person who knows the location, but her family dies one after another through curious incidents, as if the family were under a curse. Yumi is surprised by the ghost of a dead sister who looks the same as the grim figure who jumped into the old well alter stabbing herself with a sword. Fearful that a similar fate awaits her, Yumi seeks the help of her friend Kyoko. Later the ghost appears before Kyoko and her fiancé, Detective Nonomiya. In a haunted cave, Kyoko and Yumi are in deadly peril from those who seek treasures of the Aoyamas.