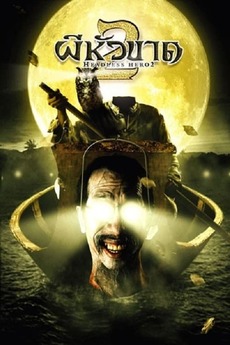 Fai and Theung are good buddies. They want to get some money for gamble and foolishly decide to go to a Chinese graveyard to steal money from a corpse. Careless Theung bangs his head on a coffin and starts bleeding. His dripping blood revives an infamous headless corpse and causing it to awaken from its sleep. The headless corpse starts madly rampaging around the village until an old exorcist brings it under control by keeping its head and body in separate secure places....that is until Mek, a young guy, accidentally revives the headless corpse once again. Now, the headless dead man is alive and ready to hunt.