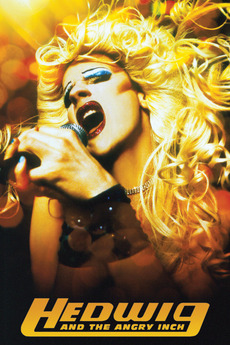 Hedwig and the Angry Inch
JustWatch

Hedwig and the Angry Inch

Raised a boy in East Berlin, Hedwig undergoes a personal transformation in order to emigrate to the U.S., where she reinvents herself as an “internationally ignored” but divinely talented rock diva, inhabiting a “beautiful gender of one.”