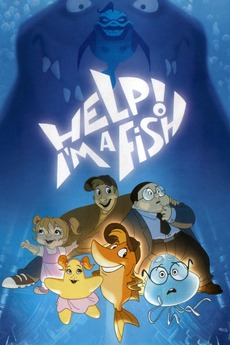 A potion put them in the ocean

Three children accidentally get turned into fish after drinking a potion made by an eccentric scientist. The kids end up in the sea, with one problem. They must find and drink the antidote within 48 hours, or forever remain as fish.