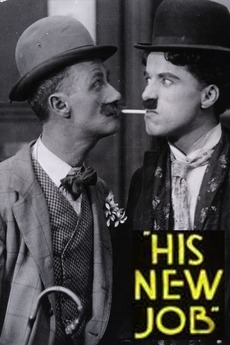 When one of the actors on a movie set doesn't show up, Charlie gets his chance to be on camera and replaces the actor. While waiting, he plays in a dice game and gets on many people's nerves. When he finally gets to act, he ruins his scene, accidentally destroys the set, and tears the skirt of the star of the movie.

A chronological and complete list of Charlie Chaplin films.

Lost: Her Friend the Bandit

Unfinished: How to Make Movies The…

I decided to do a series of lists that have my physical media collection in them. There are a lot…

A list comprising all films the British Film Institute (the BFI imprint) has released, or soon will release on Blu-ray…