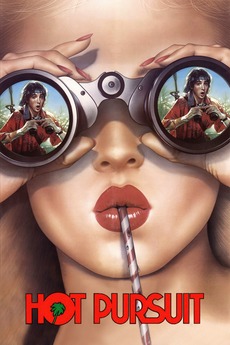 She promised him ten days together in paradise. He never dreamed how far he'd have to go.

Young Danny is following his rich girlfriend's family to the Caribbean. But suddenly he simply must make a chemistry test and cannot go with them. After they have left, he gets a leave from his professor and takes a plane to find them. But he is not quite sure where they are, and meets smugglers, crazy captains and murderers.