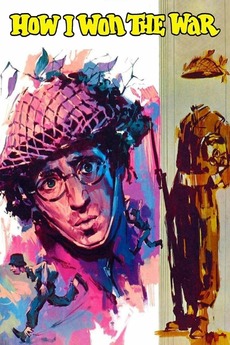 How I Won the War
JustWatch

How I Won the War

"There's been some marvelous advances in surgery, thanks to war!"

An inept British WWII commander leads his troops to a series of misadventures in North Africa and Europe.

A cult film is a film that has acquired a cult following. Cult films are known for their dedicated, passionate fambase, an elaborate subculture that engage…

All the episodes of the Omnibus Podcast corresponding maps certificate numbers. If you don’t know, listen to the podcast.

Here it is. The master Cinematographer's legendary list. The whole treasure trove - a "Where-Do-I-Begin" blend of esoteric and classic…

Anything and Everything The Beatles