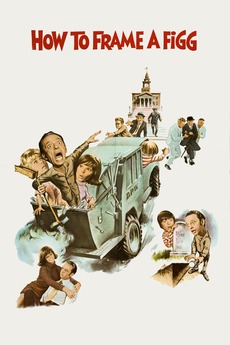 How to Frame a Figg
JustWatch

How to Frame a Figg

Runaway hilarity when Don Knotts runs down City Hall...in search of the buried secrets of a gang of crooked politicians the movie the entire family will enjoy!

Don Knotts is Hollis Figg, the dumbest bookkeeper in town. When the city fathers buy a second-hand computer to cover up their financial shenanigans, they promote Figg to look after things, knowing he'll never catch on. Their plan backfires when Figg becomes self-important and accidentally discovers their plot.

Recent and Fair Movies: Every film after 1965 that's rated 2 out of 4 stars in 'Leonard Maltin's 2015 Movie Guide: The Modern Era'

The final 'Leonard Maltin Movie Guide: The Modern Era' printed so far has been the 2015 Edition. This houses every…

A ranked list of films primarily about either organized crime, law enforcement or investigations that I've reviewed.