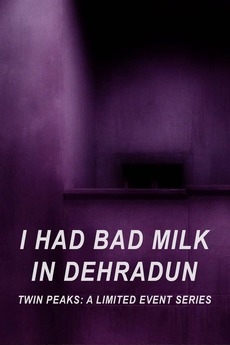 I Had Bad Milk in Dehradun
JustWatch

I Had Bad Milk in Dehradun

Short documentary about the making of Twin Peaks: The Return.

Stranger than Fiction: The Best Documentaries

A list of the best documentaries I have seen, in random order. Includes docudramas, does not include behind-the-scenes featurettes for…

Collection of shorts I've come across on here that I need to check out, because adding them to my watchlist…

Documentaries about David Lynch and David Lynch movies. Behind the scenes and interviews and straight up dives into the lifestyle…