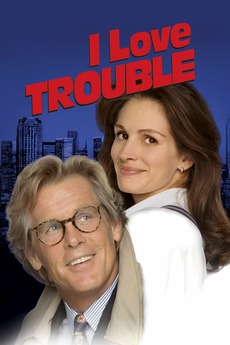 Rival Chicago reporters Sabrina Peterson (Roberts) and Peter Brackett (Nolte) reluctantly join forces to uncover a train wreck conspiracy and bite off more than they can chew while pursuing the story and bickering along the way - and falling in love, despite the fact that he's many years older than she.Sabrina is an ambitious, gifted reporter willing to do whatever it takes to learn the truth about the train accident, which leads her into conflict, then reluctant partnership, with fading star newsman Peter who works for a rival paper. He is her polar opposite: he chases women, smokes cigars, and has just published his first novel. During their pursuit of the story, Peter and Sabrina clash over virtually everything - he also subjects Sabrina to indecent exposure in front of a group of boy scouts after he catches her skinny dipping.

The complete collective filmography of all 153 featured Saturday Nigh Live cast members of past and present. To be included,…

My type A, single-minded self can only think about one thing at a…