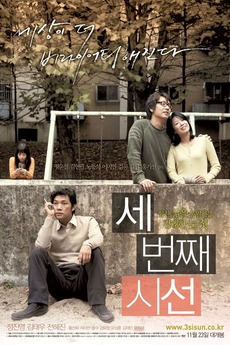 If You Were Me 3
JustWatch

Commissioned by South Korea's National Human Rights Commission, If You Were Me is an innovative omnibus film project to promote tolerance and human rights and shed light on the hardships disadvantaged people face in Korea. The first and second anthologies in the series, released in 2003 and 2005, invited directors like Park Kwang Su, Park Chan Wook, and Jang Jin to helm short films, and this third installment continues the If You Were Me tradition. Directors Jeong Yun Cheol (Marathon), Kim Hyeon Pil (Wonderful Day), Lee Mi Yeon (L'Abri), Noh Dong Seok (Boys of Tomorrow), Hong Gi Seon (The Road Taken), and Kim Gok and Kim Sun (Capitalist Manifesto: Working Men of All Countries) participated in If You Were Me 3, creating shorts on human rights issues of their choosing, ranging from labor conditions to gay rights to discrimination.