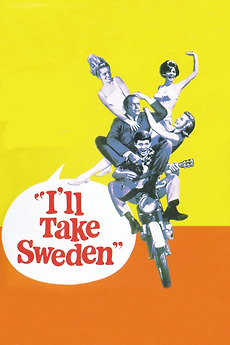 If Blondes have more fun...then Sweden's got to be the funniest place on earth!

Bob Holcomb will do anything to stop his daughter JoJo from tying the knot with her lazy boyfriend, even move her all the way to Sweden! But once they're "safely" out of the country, JoJo falls for a sly Swedish playboy.

Every movie that is listed in Hollywood Rock: A Guide To Rock’N’Roll in the Movies, a book I found in…

Films Shortlisted (and Not Nominated) for an Academy Award

From the 1940s until 1979, branches of the Academy named and screened finalists in the categories of Best Cinematography, Art…

These are movies I've seen throughout my lifespan. The list is alphabetical by title. Inclusion means the film was seen…