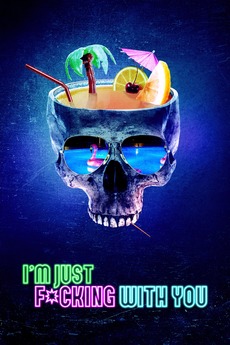 I'm Just F*cking with You
JustWatch

I'm Just F*cking with You

Siblings headed to a family wedding endure a night of increasingly frightening practical jokes while staying at a secluded motel.

Slashers and films that have slashing in them from 2000-2020

Slasher films or films with slasher elements from the year 2000-2020 not in any particular order! This is still a…

Horror films (expanding this to dark thrillers as well) featuring the internet/apps and/or computers.

Into The Dark is an american horror anthology web television series. (wiki) 1 to 12 - Season 1 13 to…